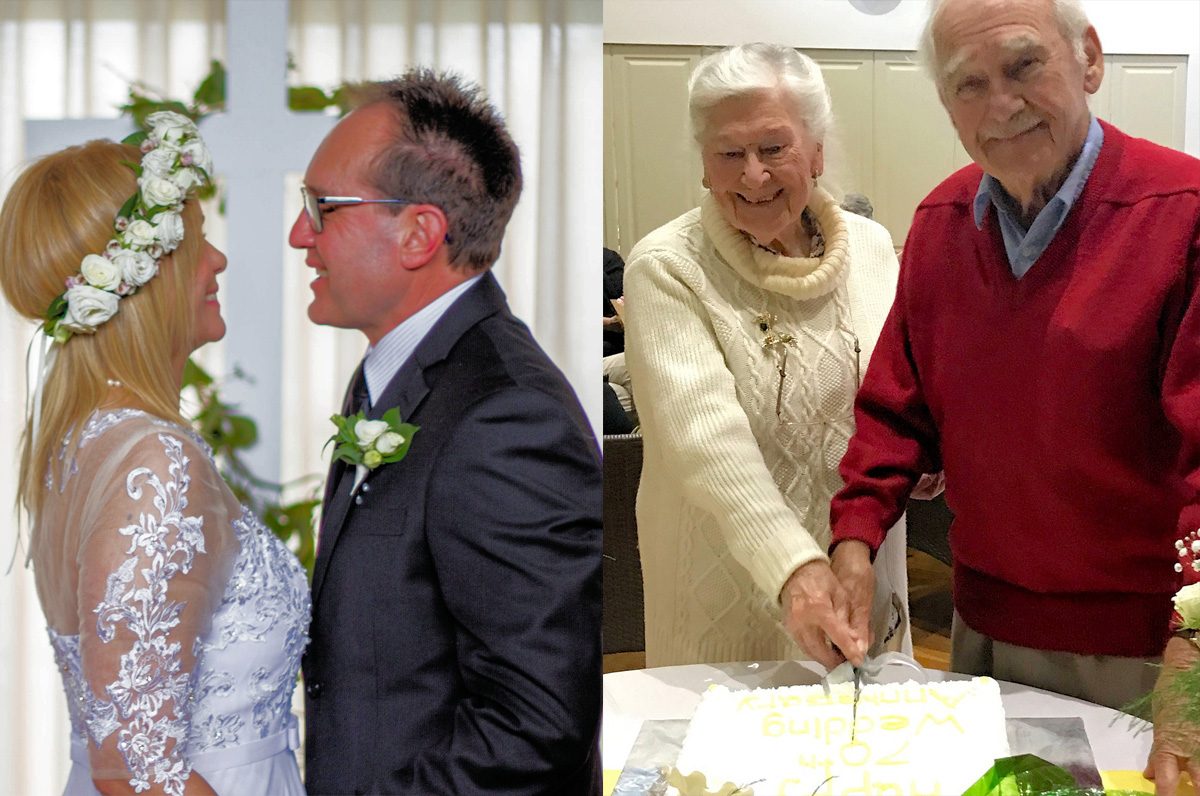 The community centre at Broadwater Court has been put to good use recently, hosting both a wedding as well as a 70th wedding anniversary. Carrak Club newsletter editor, Colin Kendrick said he was returning from taking the rubbish to the bins, when he thought he was having a senior’s moment. “Crossing in front of me was a bride, bridegroom, two bridesmaids and others. I blinked to ensure I was not dreaming!”

The occasion was the wedding of Beth and Roger Miller’s son, Logan who married his beautiful bride, Michelle. Colin says it is the second time that a marital ceremony has taken place in the centre as Heather and Cec Forbes held their wedding ceremony there in August 2005.

Also using the community centre to celebrate a lifetime of precious memories were Hilda and Alan Bird who celebrated 70 years of marriage. Congratulations to Hilda and Alan! 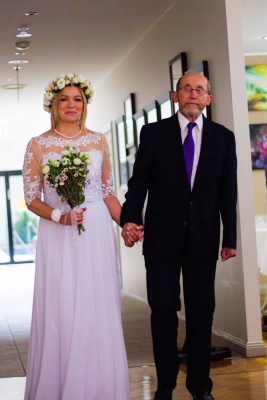 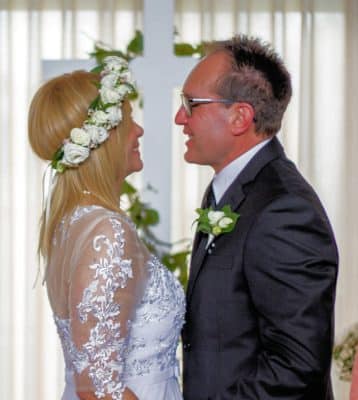 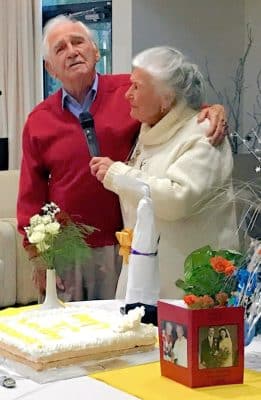 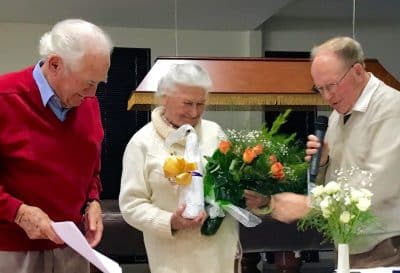