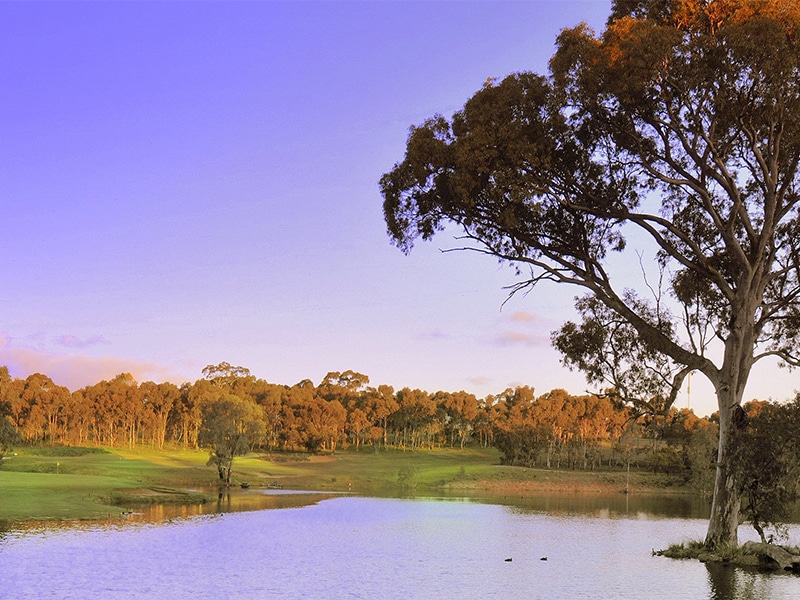 The competition, which was sponsored by Living Choice, attracted 85 players comprising 41 women players and 44 men.

The players arrived in great spirits and there was plenty of rivalry and lots of laughter. There was much appreciation for the champagne, orange juice, chocolates and numerous raffle basket prizes too.

Anne Graham, Ladies’ President, was proud to announce that, “this event has been running since 1992, twice a year and the women won it this year, keeping the men honest”.

John Gilchrist, NHS President, said previously that the men suffered a complete upset in the first game and promised to reverse the result… well, you can only imagine how badly bruised their egos are! Better luck next time, fellas!

Coincidentally, a lovely gentleman by the name of John Lundy came up to the Living Choice table and asked Sales Manager, Kathy Stacey, if he could enter the raffle. Due to a medical condition, Kathy entered Mr Lundy’s details in the raffle on his behalf. At the end of the event all the raffle tickets were entered into a bowl and Mr Lundy’s name was drawn by Anne Graham. He accepted his raffle prize with a tear in his eye and offered a big “thank-you” to Kathy for writing down his name. 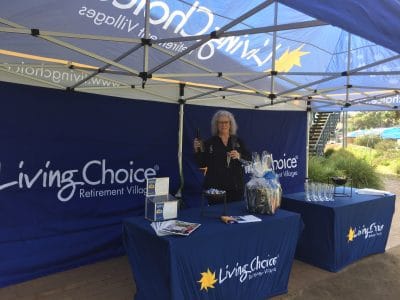 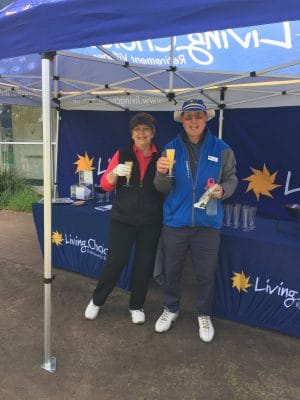 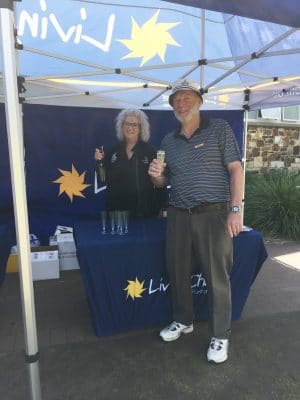 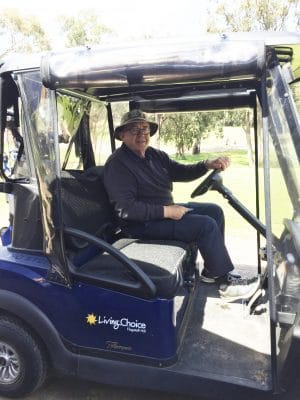 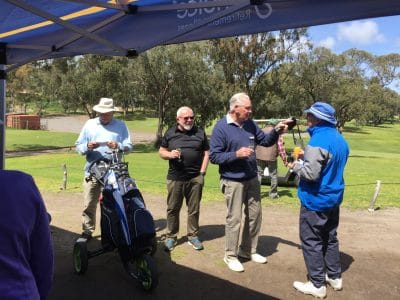 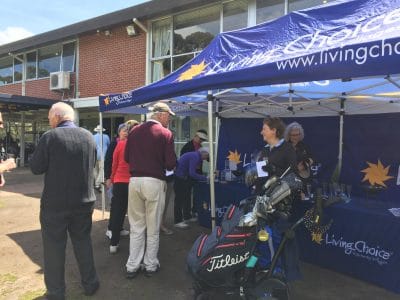 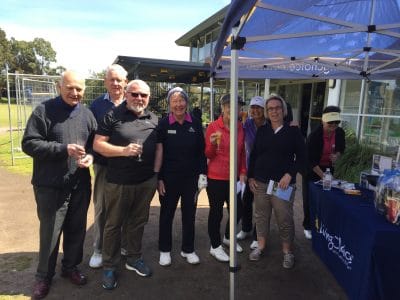 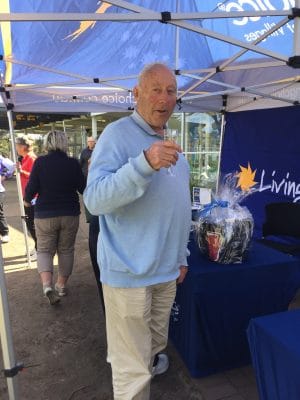 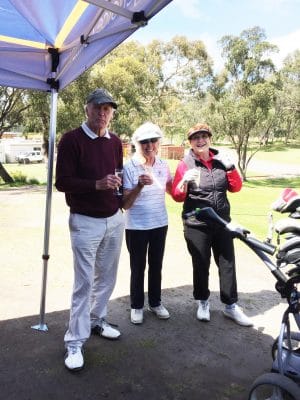 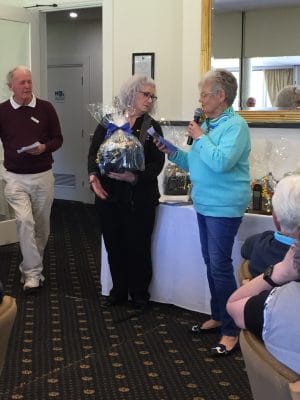 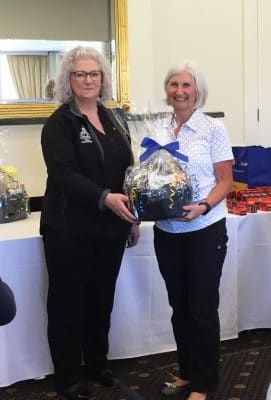 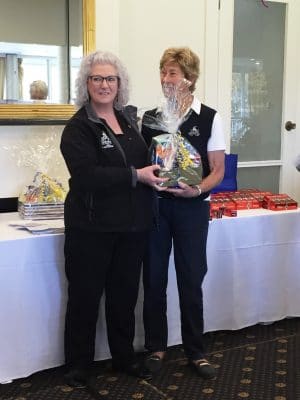 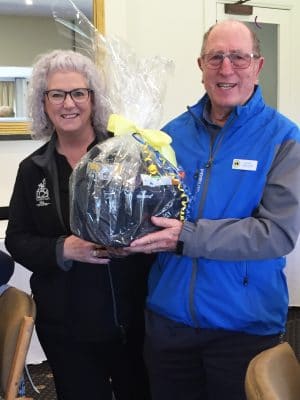 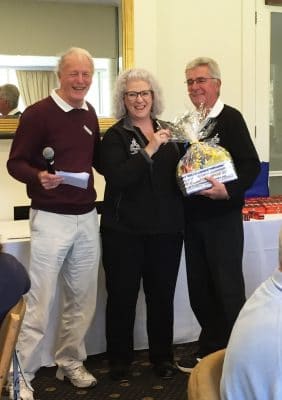 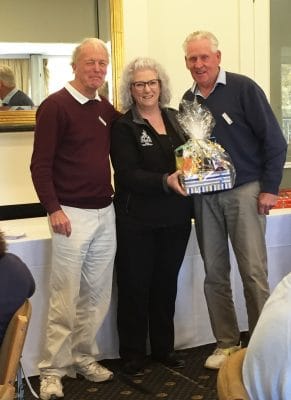 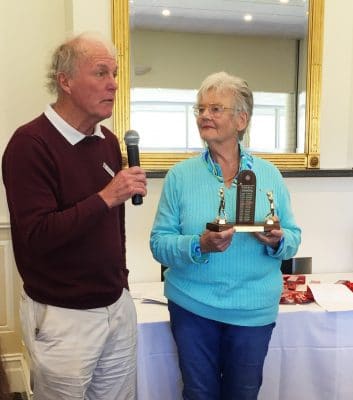 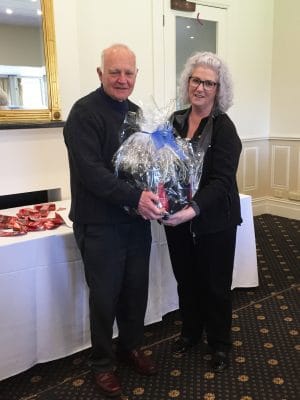